How to choose an air compressor

An air compressor generates compressed air, that can activate various tools and mechanisms. Demand for air compressors keeps growing – an increasing number of power tools require it. There are plenty of situations when you can’t do without an air compressor.

At the same time, choosing an air compressor is not easy. The main reason is a huge choice of them. In addition, air compressors differ in their mechanism, operating principle, and application. Therefore, before selecting an air compressor, you should decide on how often it will be used, for how long, and the device that it will activate. So, in this article, we’ll talk about how to choose an air compressor.

The range of air compressor capabilities is quite wide. No construction team or vehicle repair workshop can do without it. In 80-90% of cases, an air compressor is used when you should evenly paint large areas – in this case, it provides the supply of compressed air to a spray gun or pulverizer.

An air compressor is necessary when blowing and cleaning various tubular systems. These can be stormwater drainage, street water pipes, plumbing systems. But most often these are various systems in a vehicle – a fuel or braking system.

An air compressor can also provide the operation of various kinds of pneumatic tools. These can be grinders, nut wrenches, pneumatic hammers, perforators, and the like.

The oil air compressor mechanism uses a lubrication spray system. The result is less friction and less heat release. The wear of parts is also less and the better pump sealing. While the performance, which is very important, does not decrease. Such air compressors are perfect for works with a pneumatic tool, since the supplied air contains micro-particles of lubricant. It reduces the pneumatic tool wear and the level of noise.

However, such air compressors require regular maintenance. In particular, their air filters must be regularly replaced and the oil level must be monitored.  Besides that, this type of air compressor cannot be used with a pulverizer or spray gun, as the oil micro-particles will fall into the paint.

If we say that it is an oil-free air compressor, this does not mean that the oil is not used there at all. The oil is used to lubricate the working parts but has no contact with the supplied air. Devices are designed in such a way as to minimize the friction of the parts.

Oil-free air compressors are more unpretentious in operation, do not require so frequent maintenance, and are less critical to low temperatures, therefore they are mostly used for pumping tires, blowing up car systems, painting works. They also usually weigh less and are smaller than oil air compressors.

Reciprocating air compressors are more common because they are the most affordable. In such models, the pistons driven by an electric motor compress the air and pump it into the receiver.

The advantages of such machines include easy maintenance, maintainability, and low cost. But this mechanism has some drawbacks as well. They include a high level of noise and increased wear of friction parts, that much be replaced over time. But the resource of such air compressors is usually several thousand to several tens of thousands of hours. According to the degree of compression, they can be one-, two-, or multi-stage. The piston air compressors also include the so-called coaxial air compressors (also called direct drive air compressors). The coaxial piston air compressor mechanism is similar to that of a usual bicycle pump. It is compact and simple, and therefore reliable. Perhaps, the only drawback is that such a mechanism requires regular breaks in the operation, as it heats up quite quickly.

Scroll air compressors generate compressed air with two spirals. Their rotor axes are at an angle, not parallel like in the rotary screw air compressors. As a result, they are more compact but have a more complex mechanism, so their cost is higher.

A standard manometer is always installed on the case of a modern air compressor. Using a special regulator, an operator “adjusts” the pressure to the connected tool requirements. In modern air compressors, a receiver is equipped with an automatic system that turns off the engine upon reaching maximum pressure.

There are special protection systems that can significantly increase the air compressor service life and eliminate the possibility of breakdowns and expensive repairs, such as a system of forced air engine cooling system. If there is a thermostat, an air compressor motor switches off automatically. Some models are equipped with electronics, that warn of significant voltage fluctuations and can shut off the tool if the voltage fluctuations are higher than a predetermined critical value.

Regardless of the air compressor mechanism, all models have the same basic technical characteristics. They include:

For household needs, there is usually no need to buy an air compressor with a capacity higher than 350 liters per minute and a working pressure higher than 10 atmospheres. The engine capacity of 1-1.5 kW will be also fine. We also recommend choosing a tool with power at least 30% higher than the load power consumption if the air compressor is purchased for a pneumatic tool.

Useful tips on how to choose an air compressor 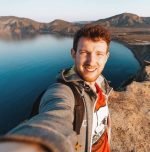 Joseph is the founder and Chief Editor of "Indoor To Outdoor". He is an entrepreneur with experience in sales of household products. He also travels a lot, takes pictures and loves to ride a bike.